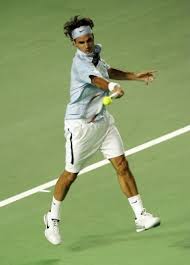 In today's modern tennis, SPIN seem to dominiate most strokes.  But is it possible to have HIGH precision and HEAVY spin together ?


In other words the control of the wiping action is limited to the wrist as opposed to both the forearm and wrist.

In terms of physics, we would know that more length means lesser control.

We are effectively shortening the length of control to only the wrist action.

However it is still very important to understand that we still need the body rotation to generate the initial power.


The skills require both legs to be pushing up into the rotation almost at the same time.

Think of how Dart throwers achieve precision and you won't go wrong : 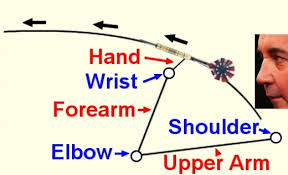 Comments on How to achieve Precision + Spin in Tennis forehand

Wei Fang Thanks Coach for the great tip 4 years ago