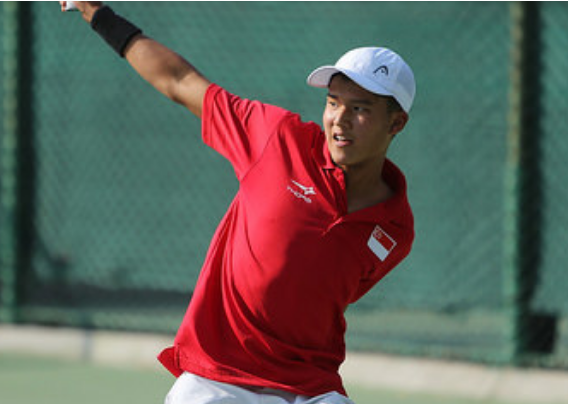 Singapore number 1 tennis player , Ethan Lye signed on with IDAHO state university from Dec 2020 and has started representing the university from January 2022 after fulfilling his Singapore National Service obligations

Ethan was Singapore #1 junior player in 2019. In 2014, Ethan and his family relocated to Sydney, where he was on a partial scholarship to study at the McDonald College and train at the Voyager Tennis Academy.

Amongst his achievements , were 3 junior ITF singles championship titles including the 3rd which he won in singapore as a 17 year old in 2019. He achieved a career high ITF ranking of 255.

He served the singapore army for 20 months subsequently after.

Ethan is hoping his US Stint will help him launch his professional tennis career, following the likes of John Isner.